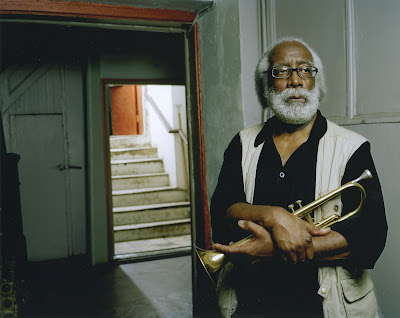 17 Musicians in Search of a Sound: Darfur
The Bill Dixon Orchestra

This stunning new release of Bill's work for orchestra is recorded on the AUM Fidelity label and will be available June 24. Wanting to avoid hyperbole, I will simply describe the music-it's performance, the composition-as a landmark in Bill's ouevre.

The ensemble was hand picked by Bill, relationship-based in the definitive tradition of Ellington, and includes players who have known/worked with Bill for over thirty years. That front-loaded familiarity is apparent in the remarkable cohesiveness of performance in a less than optimum rehearsal/performance environment.

To create Intents and Purposes during the sixties, Bill used a through-composed methodology. "This was the only way that I could be sure to get what I wanted from the musicians at the time." Bill's method now is a seamless blend of calligraphic notation, conducting and placement of elements and ways of moving revealed during the rehearsal process organically woven together with charismatic leadership ("in this music, if you are a leader, the notation is how you enter the room, how you take your horn out of it's case") in the moment -everything informs the music.

Bill is truly a painter of sound.

Buy the recording, take it home, turn it up loud and listen. The dynamics range from a whisper to a roar and the music will give your shivers and make you scream for joy! 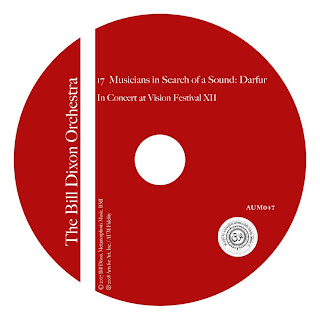