Bill Dixon at FIMAV, Day I 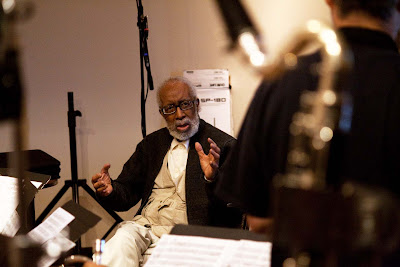 Festival International de Musique Actuelle de Victoriaville
Victoriaville, Québec, Canada
May 21, 2010
We spent yesterday driving to Victoriaville.  This was not as simple as it sounds.  In reconvening the ensemble that recorded Tapestries for Small Orchestra, we gathered musicians from New England, Quebec and Chicago.  And, as is often the case in travel, unexpected events occurred that delayed the arrival of some folks.  I drove Bill and Rob up and arrived at the festival hotel by 6:00 PM.  We were able to settle in and check on the arrangements for our in-house rehearsal space.  We ate a light supper followed by an hour of rehearsal with Bill, Rob and myself. 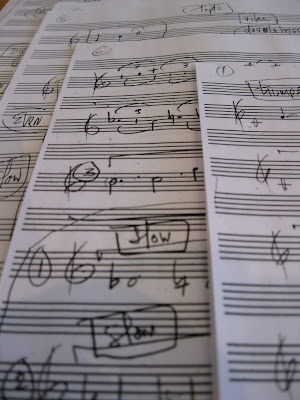 Bill wrote all new music for this performance, drawing only one piece of thematic material from the Firehouse 12 recording.  "I've been writing for months, and I keep feeling that there is something missing.  What that is I have not been able to determine, " Bill told us.  After the rehearsal, I spent time copying parts and organizing material for distribution to the ensemble.  All in all, we had about ten pages of material to master.  I love copying Bill's music.  His calligraphy is always beautiful to behold and I learn so much from his way of organizing the music. Working with Bill Dixon provides a master class in orchestration and arrangement for those who have eyes for the knowledge. 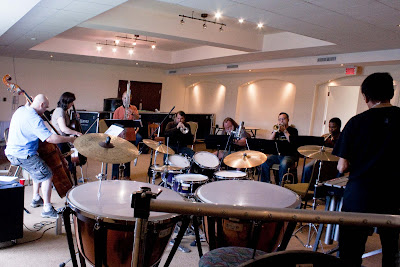 We began rehearsal late this morning, as the majority of the players arrived after midnight last night.  Bill's focus, initially and throughout, was on (re-) orientation, pulling everyone into the room, the moment and the music, deeply fine-tuning the ensemble focus and identity.  Embracing this and internalizing the music will be a lot to accomplish in a short span of time!  We spent three hours going through the material and absorbing Bill's concept for the music and met again during the evening to continue the work without Bill, rehearsing as a full group and in sectionals.  All of this activity was archivally recorded by Ben Young from WKCR at Columbia University.

I would be remiss if I did not note that an essential element in the success of the music is relational.  Each of has known Bill Dixon for years (37 years for me).  All of us are also connected through years of work in other ensembles and projects over time.  All of that as well as the time spent traveling to the venue, sharing meals and long conversations together blend to create a primary warp and weft for Bill to weave his sonic sensibility through. 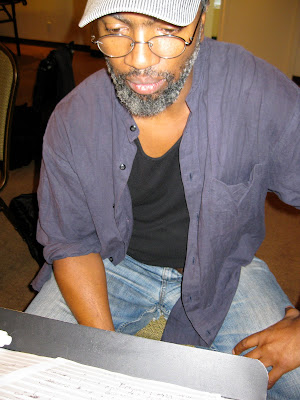 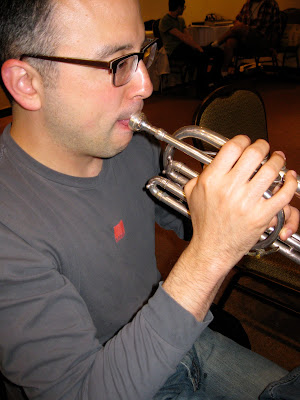 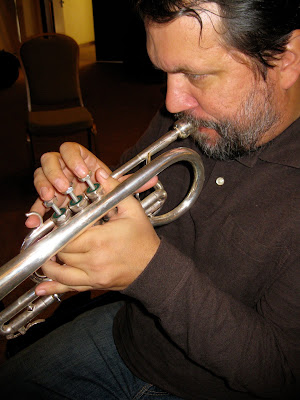 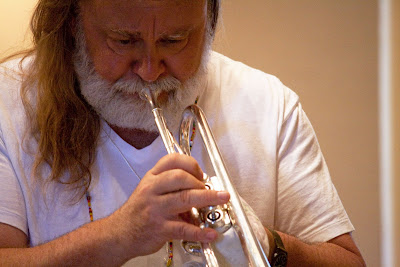 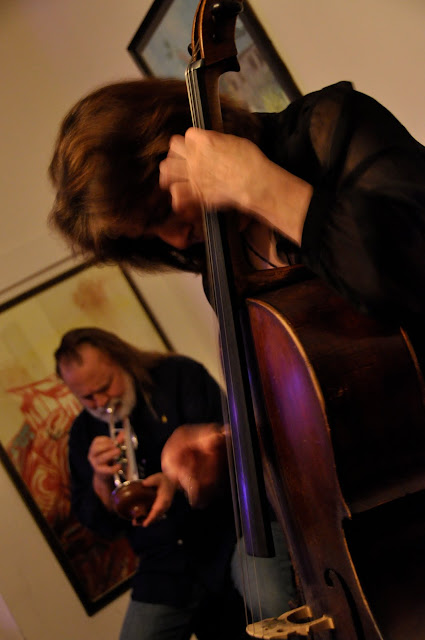 Outpost 186
Cambridge, MA
A week ago, I had the pleasure of returning to Boston for an evening of music with The New Language Collaborative.  I have known the members of this trio for some time.  Glynis Loman and Syd Smart I met during the mid-seventies at Bennington College.  Eric Zinman was a later Bennington-related connection, as he arrived there after I departed for Manhattan.  All four of us connect with the creative and pedagogical orbit of Bill Dixon. 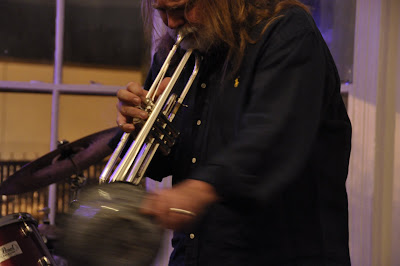 The notion for this collaboration sprang from a large ensemble event that Eric put together with Jason Zappa.  Citizens Orchestra was offered as a tip of the hat to Bill Dixon and took place at Outpost 186.  I ended up contributing some music for the chamber orchestra and conducting.  While you would not imagine that one could fit a small chamber orchestra in Outpost 186 we did, and the intimacy of the space along with the mix of local/regional players made for a memorable evening.

As is often the case, we wondered aloud how to continue the work in a manner that made sense.  While Eric has subsequently re-convened the orchestra and aims to make it a going concern, I suggested a return in a smaller context, focused on pure improvisation.

What a delight to be enfolded by the energy of this ensemble!  Reconnecting with Syd and Glynis was wonderful (some things really do improve with time!) and Eric made me want to reconsider my stance regarding working with the piano. 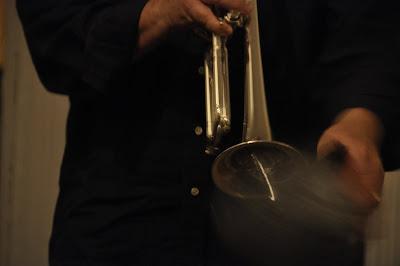