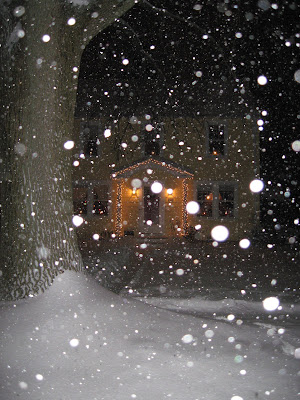 Winter Solstice/2008
As winter begins its characteristic dance here in New England, I want to share a few things with all of you: wonderful things that have either already occurred or are on their way.

The Double Trio recording on Engine is landing on this years “Best Of” lists, including our friends at Avant Music News (where we landed in the top ten!) and All About Jazz, where we expect to see a new review in February of 2009.

It looks as if my first quartet CD, Bugaboo, recorded at Firehouse 12 in New Haven, will be released through the Swiss Hat Hut label. Too soon for details, but conversations are under way.

Work is underway on a new chamber project with Mario Pavone, Peter McEachern, David Darling and Satoshi Takeishi. This is newly-commissioned work, thanks to significant support from the Connecticut Commission on Culture and Tourism. We have been workshopping new material all fall, and look forward to concerts and a recording session during the spring of 2009.

I have put my feet into the water locally with a planned concert series during the summer of 2009. Plenty of my own music, along with invited guest artists such as Hank Roberts, Jordan McLean and Leni Stern. Stay tuned for details.
Posted by Stephen Haynes at 6:35 PM No comments: