Looking Back I: Bill Dixon in Italy 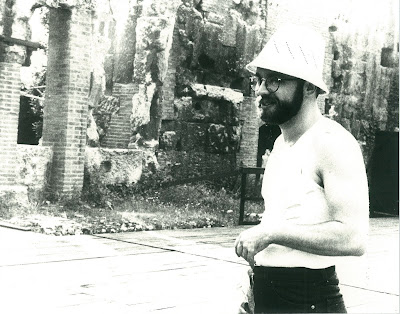 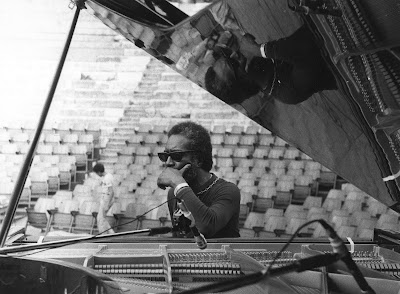 Summer of 1980
Verona, Viareggio, Padua, Firenze, Milano
This is the first in a series of posts that will look back at a number of important periods/events in my development as an artist.

Thirty-one years ago, I traveled to Italy with Bill Dixon for a series of concert performances culminating in a recording session for Soulnote Records.  The work we captured in the tiny studio in Milano - Bill Dixon in Italy, Volumes I & II - has recently been reissued by CamJazz.  The boxset edition includes all of the recordings that Bill did for Soulnote and has been remastered.

The ensemble that Bill put together consisted of Bill Dixon, Stephen Haynes, Arthur Brooks, Stephen Horenstein, Alan Silva and Freddie Waits.  Jimmy Lyons and Art Davis were also asked to join us.  Jimmy was scheduled to be at the Verona Jazz Festival as a member of Cecil Taylor's ensemble.  Bill urged Jimmy to take a plane ticket from him, in order to ensure his place in our group.  When Cecil decided not to perform, Jimmy was unable to join us.

We flew into Milano and drove up to Verona, where we met Alan and Freddie.  The full ensemble had it's first rehearsal onstage during an afternoon soundcheck.  I will never forget Bill's instructions to Freddie Waits.  "I want pulse, but I don't want to hear a one every four beats.  Play in a long meter, 11 or 15 if you like."  Bill then indicated a tempo from the piano to set up a rhythmic ground that he used with dramatic effect throughout the tour. 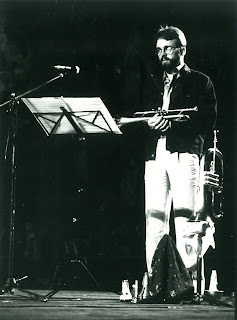 The music evolved every night that we played it.  Other than the soundcheck, there were no rehearsals.  The core of the ensemble, the four horns, rehearsed in Vermont and all of us had been there for years teaching and, in my case (though, to be fair, everyone learned from Bill!), studying with Bill Dixon.

My favorite performance was in Firenze, where we played in an outdoor piazza, a junction of four cobblestone streets.  The audience was a sea of upturned faces and the music was on fire.  Freddie Waits stalked Bill on the snare drum, Alan Silva did what he does so well - never repeating himself - and Bill summoned the spirits with his trumpet.  My understanding is that there is a recording of this concert.  I'd love to hear it someday.

I first met Warren Smith in Verona, where he performed with Julius Hemphill, Olu Dara, and Abdul Wadud. Andrew Hill payed solo piano without a net, and I got to know him and his lovely wife Laverne over the course of the tour.  For me, one of the highlights of the tour was getting to spend time with Freddie Waits.  Freddie hipped me to travel techniques that I still use, and he helped me out when I moved to New York a few years later.

After Italy, we followed Bill to Paris, though there was no work for the band.  Bill played with Steve Lacy's rhythm section, and those concerts deserve a separate post.  We spent a memorable evening listening to Chet Baker together.  Chet and Bill both played Conn Constellation trumpets, and Bill dedicated his set later that night to Chet, playing extensions and abstractions of My Funny Valentine.

When I got back home, I hitchhiked to northern Wisconsin with artist (now author) Eric Green.  We rode the freight trains out to Portland, Oregon subsisting on a diet of peanut butter sandwiches, sardines, and Bushmill's Irish whiskey.  After a long, slow leg traveling through a northwest desert I never knew existed, we rolled into Portland covered with ash from the recent Mount Saint Helen's volcanic eruption. 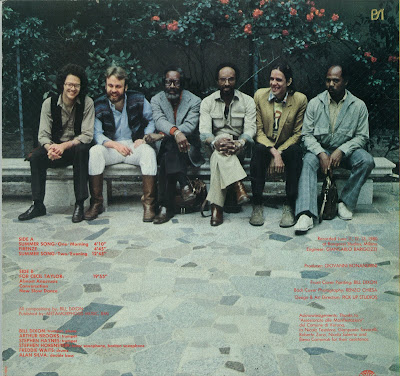 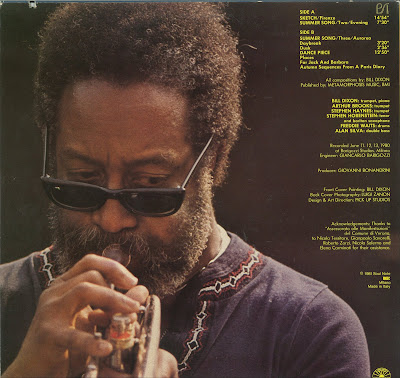 Posted by Stephen Haynes at 5:42 PM No comments: